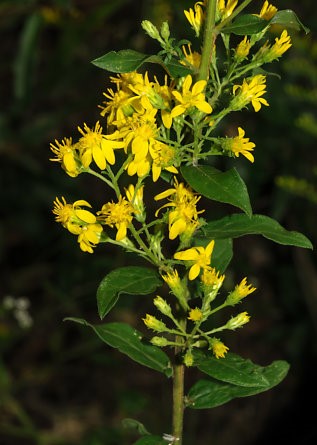 Let’s define what a native plant is.  A plant that has originated without the influence or intention of human beings in a particular area or region is native to that area.  So when you refer to native plants you must define the area that encompasses their origin.  Most of our ornamental shrubs and flowers have done very well outside their native range with human help.

The opposite of a native plant would be a cultivated plant that has been used and cultivated by people. Many plants mingle with natives and act like natives but are not. Natives are known as wildflowers but some plants also known as wildflowers are really “aliens.” They are widely adapted and will naturalize in regions with similar climates on other continents. They behave as if they were native but are not.

A few examples of wildflowers that are aliens in North America:

Examples like these have been introduced by people in a particular area and have survived there even without the help of gardeners. They liked their new home and settled in.

Alien species are those species which came from another area as cultivated plants. Aliens are very common in most regions and may include trees, shrubs, flowers, and grasses. Some well-known aliens have become pests of the native plant world:

These enemies of our natives are often more aggressive seed producers, or they form colonies from stoloniferous root systems, and crowd natives from their niches in their native environments.  They are ground hogs, not allowing native species their rightful places!   All plants have their natural origins from somewhere, but most of the landscape plants and flowers we find at nurseries are natives from other places that have been deemed desirable by plant breeders and nurserymen because they are pretty or fashionable, and they may be widely adaptable, but they are not always the best choice.

In fact, using natives of the region is always a better choice ecologically.  It makes sense for the native wildlife, especially insects and birds, to have their native food sources in their habitat.

So be part of the solution, Plant Native! Be on the safe and beautiful side of landscape ideas— SEED WILDFLOWERS! Make it easy on yourself and use the regional native seed mix for your area.  Get familiar with your natives, love them, and plant them.

If you do not live in North America, please leave us a message on the Contact Us page and tell us where you are and what your climate is like and we can advise you. Happy Wildflowering!

No comments to show.